This flip house has been such a fun project that I almost hate to see it come to an end. Then I remember that it’s not all about the fun decorating, it’s mostly about the fun profits! *She thought, offering up a quick prayer for those profits to actually happen.*

We set out to do a 6 week flip, and of course it turned into about 9 weeks. But we learned a lot along the way. Mostly what we learned was how to stay out of our contractor’s way so he could do his job. (If you’re in Albuquerque and looking for a good contractor, message me. I have the best. But I’ll need him back when we start our next flip!)

I had hoped to share more in-process pictures along the way, but there was a good long time in there that everything looked the same because it was covered in brown paper, and I figured I could be most helpful by staying out of the house. I think my contractor had to stifle an eye-roll every time I showed up with my camera, so I tried to keep it down.

If you’re interested, please feel free to check out the full listing here. You can also see what we started with in this post.

Now, onto some of my favorite details.

Remember this?  It was a tiny dark kitchen with a sunken ceiling and fluorescent lights. And don’t even get me started on the orange paint. 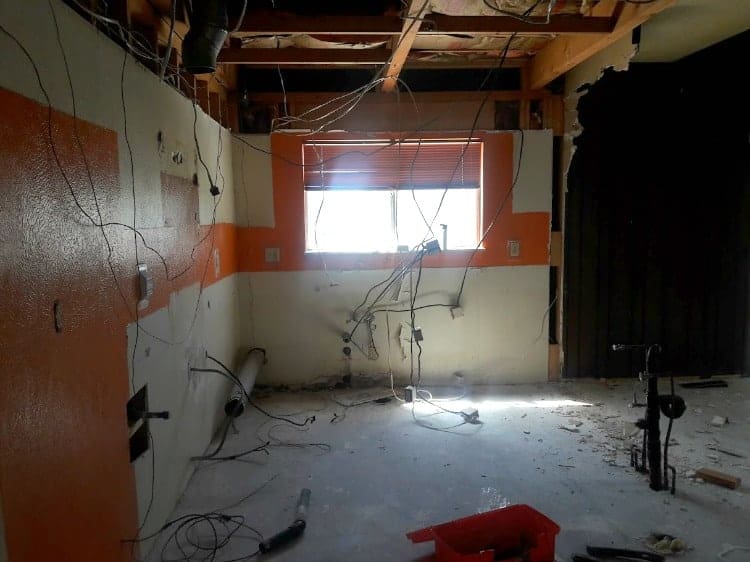 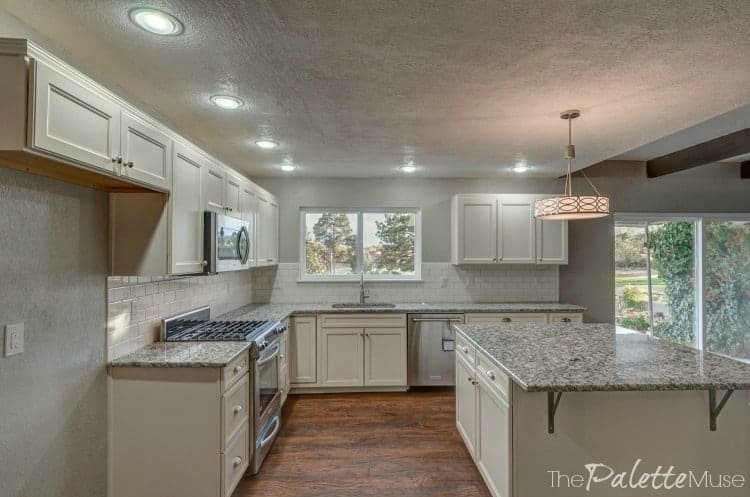 All we did was open up a wall and raise the ceiling, but you would think we added on actual square footage to the house. Creamy cabinets and beautiful granite, along with stainless steel and modern lighting finally brought the kitchen into this century. Now it’s a bright, open, and inviting place for the family to hang out while making dinner.

Meanwhile this pile of dirt… 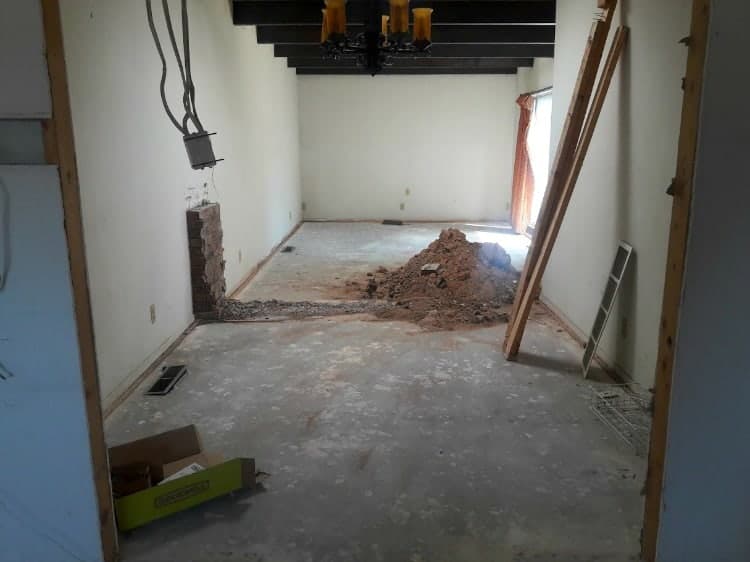 Turned into this lovely dining room and living room. 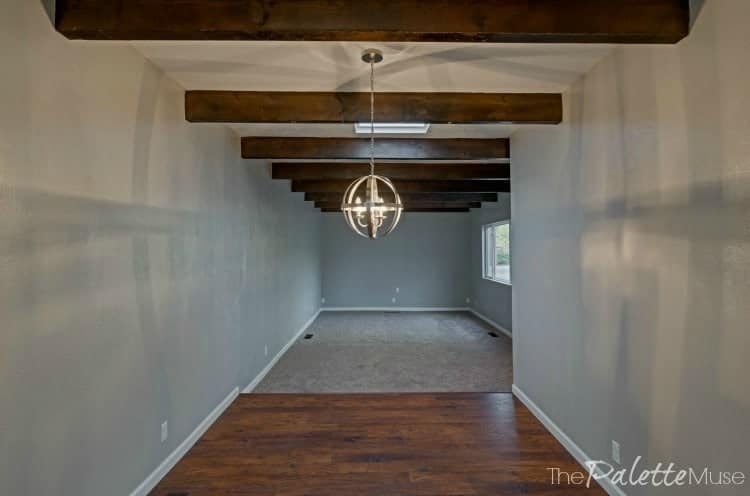 It’s amazing what new flooring and a new light fixture will do! 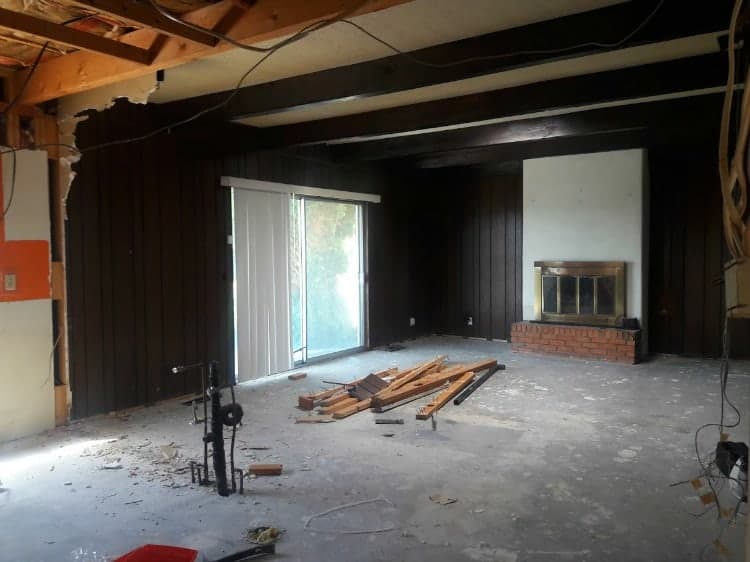 Became this cozy den, which opens up into the kitchen. 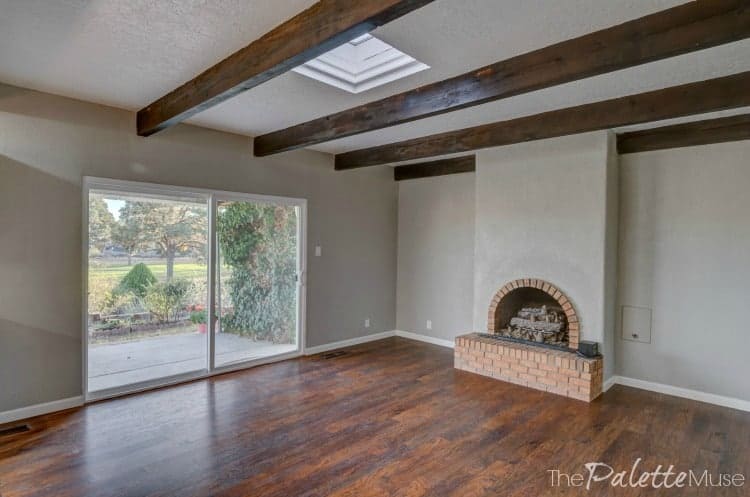 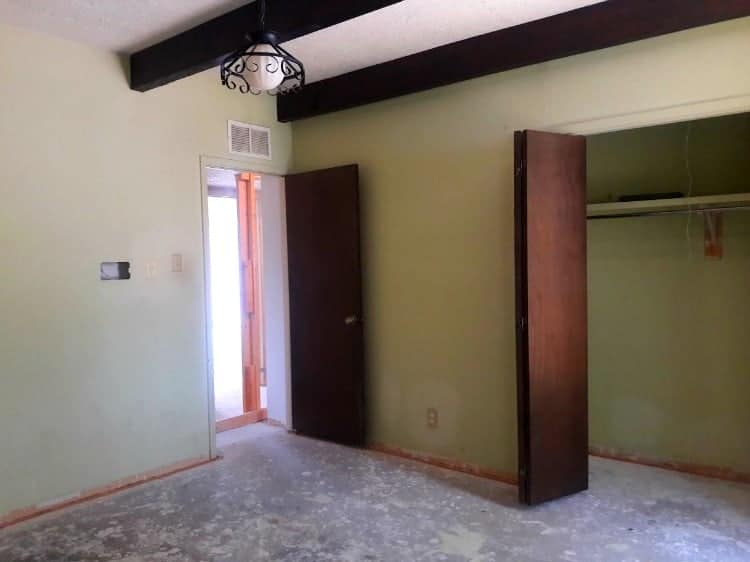 Got a new face lift. 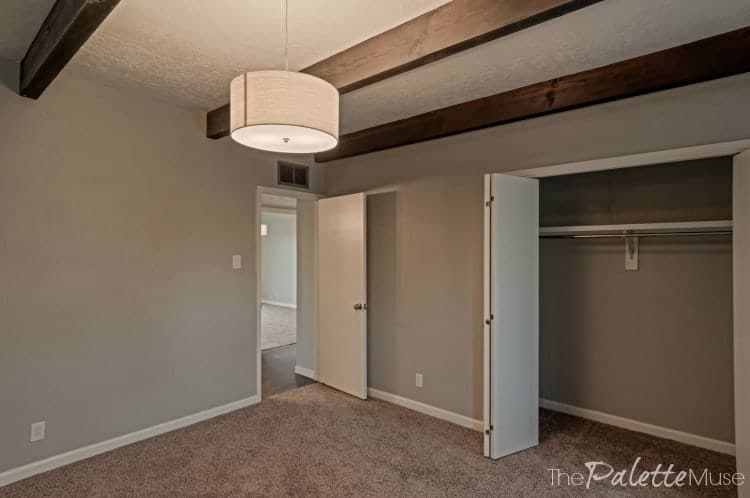 But my favorite transformation by far is the one that happened in the master bathroom. We pulled out so much tile, a weird sunken blue tiled tub, and lots of other ugly stuff: 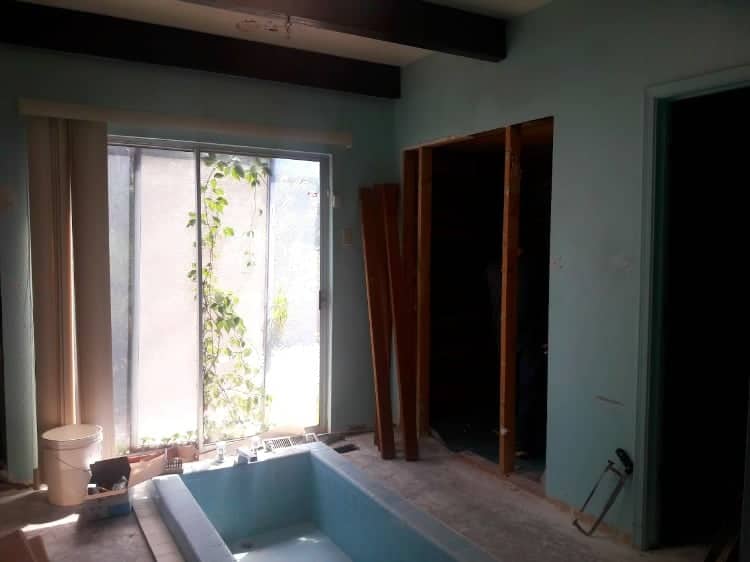 And replaced it all with beautiful modern fixtures and an extra closet. 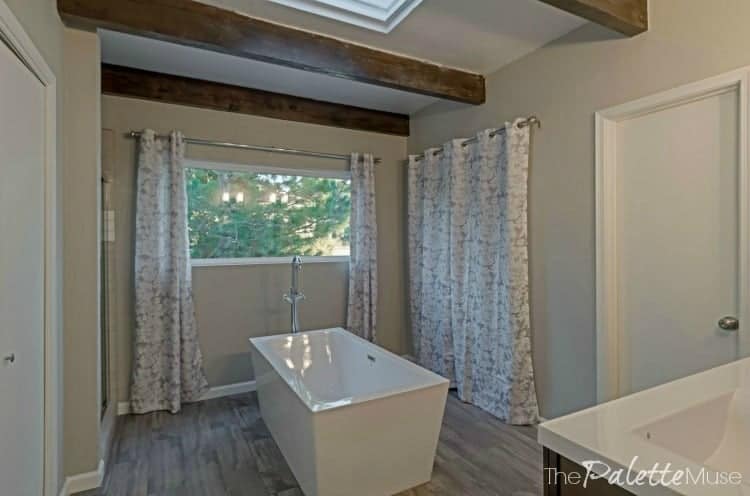 We added plenty of function and LOTS of personality. (One could argue that it had personality in spades before, just not the personality that we thought would attract potential buyers!)

It’s hard to believe this is even the same house, but we’ve got the remodeling bill to prove it. This was such a fun project. It was a little overwhelming at times, but turned out even better than we could have expected. It’s so gratifying to take a house that really needed some attention and turn it into something beautiful and useful. Now we just need someone to come and love it as much as we do! 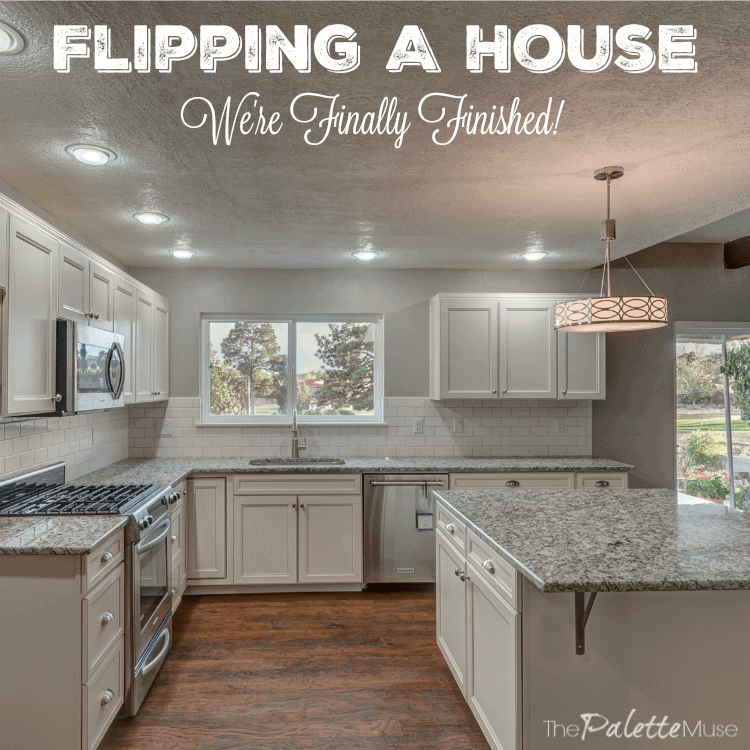 I must've missed this in the process of acclimatizing to my new home, but clicked the link in your current project to check it out and have to say I'm a fan! Beautiful!

Thanks Johanna! No worries, I know you've had a few things going on lately! ;)

Hi! I stumbled upon your blog via a pin about painting kitchen cabinets and discovered that this listing is just up the street from my mom's house! It turned out great and is truly beautiful. Best of luck with the sale!

Wow, what a small world! It's a great little area, and we're hoping to do more flips nearby. Thanks!

Did you sell it yet? If not, do you mind sharing the listing? It's gorgeous!

Hi Meredith, what a fantastic job! My favorite things. ..the beamed ceilings, fireplace, and some bathtub. Cool stuff. Congrats!

Thank you Susan, those are my favorites too!

Congratulations on a most amazing transformation! Great job, Meredith!

Thank you so much Sandey! (I thought of our project together a few times during this process.) :)