…or The Day I had a Guinea Pig in my Freezer.

This morning, while getting the kids ready for school, I noticed our guinea pig, Gigi, was having a rather long nap. She’s quite a perky little thing, always one to jump up and sniff at the slightest suggestion of a person casually strolling by her cage. She knows that people, especially the small female ones, often bring little tidbits of carrots and spinach, and on a really good day…cilantro. If you don’t stop to give her attention, she squeaks and oinks at you like a tiny, and very loud, piggy. (I can only assume that’s where the name guinea pig came from.)

Today, no squeaks. Fearing the worst, I casually and quickly ushered the kids to the car and off to school. When I returned, I went back to check on her, mentally racking up the cost of a trip to the “exotic species” vet. Exotic species is code for “extra expensive”. Which is ironic, because I don’t feel like she’s very exotic. More like a glorified hamster.

Don’t get me wrong, I love that little guinea. She’s sweet, social, and has very good manners about being removed from her cage and cuddled. Not at all what I expected when we “inherited” her and I assumed rats, gerbils, hamsters and guinea pigs were pretty much the same thing. No, she’s got silky fur like a rabbit, loves to sit in your lap, and will even purr when she’s really comfy.

Peeking into her cage, I could see she hadn’t moved. I drew closer, expecting her to pop up and run around, but there was no movement. She wasn’t breathing. Our Gigi was gone. Peacefully and gracefully, she had laid down for a nap and never got up again.

Several thoughts crowded my mind at once. Relief at not having to take her to the vet. Sadness for the loss of a tiny family member. Dread of having to tell the kids. And finally the practical considerations. What does one do with a very small deceased pet? I know goldfish can be flushed, and beloved dogs can be buried or cremated, but what about those in between? I pondered these things as I cleaned out her cage, and gently laid her on a mound of clean bedding in her favorite “hide” which is a small Amazon box with the top cut off and holes in the ends for her to run through. She spent most of her life in and around her hide, so I figured it was fitting. I had a feeling my youngest would want to see her one more time, which was why I took the time to make her look comfy and peaceful, wondering if there was such a thing as a pet undertaker. I set her in the garage, which is nice and cool this time of year, and waited for the end of the school day.

As soon as the kids got in the car, I told them the sad news. I didn’t want them to get home and realize she was missing before I had a chance to explain. There were tears all around as I assured them that she was in no pain, and they’d taken good care of her, but that it was just her time to go.

Now, I know people have different opinions on whether pets go to heaven. I myself was somewhat ambivalent on the topic until today. But let me tell you, when you look into your 7-year-old’s brimming eyes and tell her she’s just lost her first and only pet, that pet went to heaven. Amen. Perhaps, that is a little bit of what faith is – believing in what we do not understand because we know that our God is good to all.

We had several good conversations this afternoon about death, heaven, funerals, even how you know when something is dead. And it’s so interesting to see the difference in such concepts from a 10-year-old and from a 7-year-old:

Finally we were all cried out, and I gingerly broached the subject of what we should do with Gigi’s body. I explained that we could bury her in the backyard, or we could take her to animal services and they would take care of her. (I did not go into detail about how that worked!) My youngest insisted that we wait until Dad gets home. Of course, this could only happen while he’s away on business, right? I tried explaining to her that our poor Gigi might be pretty stinky by the time Dad gets home tomorrow night (more conversations about what happens to our bodies when we die), but she would not be moved. Daddy might want to see her first.

So, into the freezer with our guinea pig.

I know. Ewwwwww. But the alternative seemed worse. Death is so practical, even in all its mystery. It’s as much a part of life as being born, which I guess is also mysterious and yet very concrete and practical. We try to clean it up and make everything seem normal, when really our little world is changing forever. Which is also part of life.

The girls are planning her funeral service for this weekend, and I’m again reminded of the purpose of such services: to allow the family to remember and grieve together, and know that life and love will continue in the wake of loss.

It may seem a bit silly and excessive, but in the end, we will treat her like she really was an exotic pet. She may have been small and she may have been a bit loud and obnoxious at times, but she was ours. Someday, someone will probably be saying the same things about me.

She brought my daughters joy, and for that, I will always love Gigi. 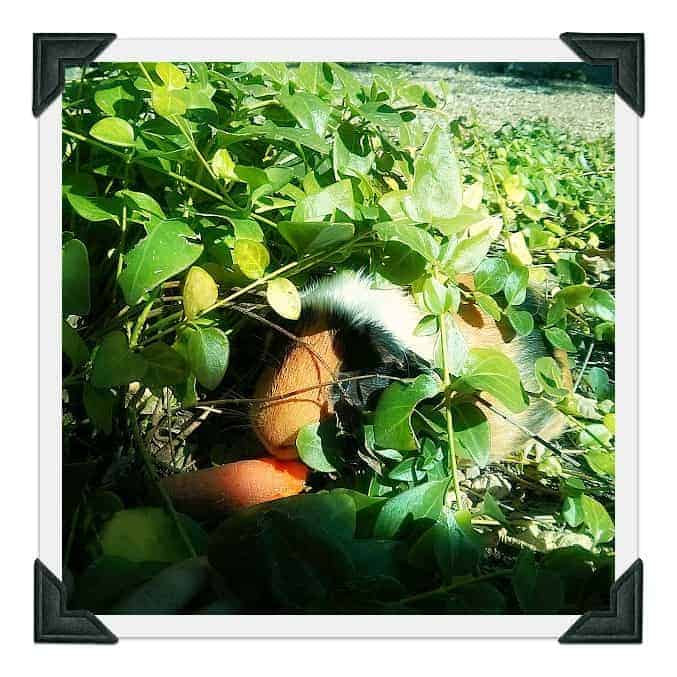 This post made me a little sad. I didn't have a guinea pig growing up. I actually had a few fish. It sucks when pets die.

Some of the other commenters may have been sad but I was smiling as I read this, because this is the kind of post that sustains my faith in the blogosphere! Touching and very well done.

Beautifully written piece. I am sorry about the loss of your guinea pig, but love how you are dealing with your children about it.

Oh, very sad. You are being a good mom and letting your children mourn her in the way that they need to. My poodle got run over when I was away at camp when I was 10, so I remember being on the child side of pet loss. It sounds like you are doing a wonderful job and helping your kids get through this.

I do think it's something that most kids go through, and is actually a healthy part of life. But I think it'd be worse dealing with an accident like that!

Great way to deal with death and grief but letting them experience it makes the familial relationships memorable.