Last weekend I was chatting with a friend who just bought an ice cream maker. When I mentioned I use mine all the time, she asked for some recipes and like the boring friend that I sometimes am, I replied, “I only have one recipe and I use it every time.”

I get really serious about ice cream. I like it a lot. Maybe more than I should. My family knows not to try to steal a bite of my ice cream or they’ll get a spoon to the hand. While not an ice cream snob (I’ll pretty much eat any ice cream offered to me), I was born and raised on Blue Bell, the pride of Texas. So when I set about making my own dairy-free ice cream for my daughter a couple of years ago, I had pretty high standards. I tried a few variations, and hit upon this one. It’s so good, I keep going back to it. You can add all sorts of things to it, or just eat it plain and creamy, right out of the machine.

— Use only high quality vanilla extract. The imitation stuff is sometimes made with propylene glycol, which is in effect antifreeze. Not good when you’re trying to freeze ice cream. And kinda not good on any level, when you think about it! In fact, The Joyful Foodie has a great recipe to make your own vanilla extract, if you want to really know what you’re eating.

— Letting the ice cream maker run a bit longer than you think is necessary (I mean, who doesn’t want to get at that ice cream as soon as possible!) will help it be creamier and fluffier. This is really helpful if you’re storing the leftovers to use later, so you don’t end up with a brick of vanilla ice (ice baby). If you’re planning on gobbling it up in one sitting, then maybe this isn’t so important.

Don’t worry if you over-freeze your ice cream. It will still be fluffy and creamy.

— If you’re adding extra goodness like Oreo bits or chocolate chips to your ice cream, wait until the last couple of minutes before you drop them in. That way, the add ins will be mixed through, without pounding them to oblivion.

— You could substitute almond or soy milk for the coconut milk, but I think the coconut milk mixed with the soy creamer gives it the most balanced flavor. If you love the taste of coconut, then you could use coconut milk creamer as well. For me, that’s just a little too coconutty.

So there you have it: the base of all my dairy-free ice cream recipes. While it may be an exaggeration to say this is the only recipe I make, it’s pretty much the basis for all the other ones. If you like this one, you may want to try my Pink Lemonade version. It’s perfect for summer, or any other time of year!

I love to hear from you! What do you think? Cancel reply

This site uses Akismet to reduce spam. Learn how your comment data is processed. 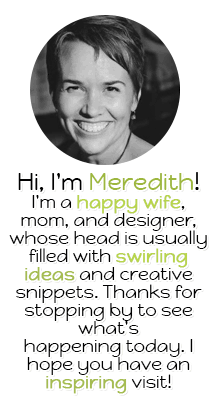 A Few of Your Favorite Things